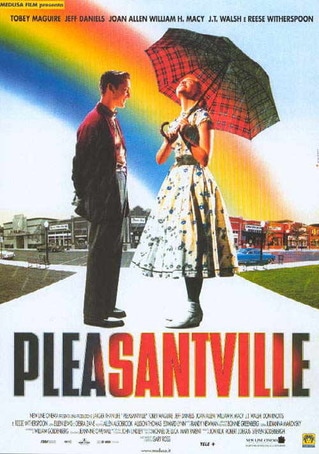 A narrative film (one that tells a story) has two distinct aspects - its STORY ELEMENTS, and its PRODUCTION ELEMENTS.

Story Elements are the aspects of a film that are COMMON to most narrative art forms, such as literature (novels, short stories, drama), radio plays, and oral storytelling traditions. These are elements such as Characters and their development. the Plot Structure, how Time is structured in the film, Setting, the Point of View from which the story is told.

Production Elements are the aspects of a film that are, in their combination, UNIQUE to the art of cinema. These are elements such as Editing, Visual Composition of shots (known as Mise en Scene), Sound, Camera Techniques, Acting.

As our study of the Art of Cinema progresses, you should (hopefully) get more familiar with these concepts, and really begin to understand how they function in film to make it such a fascinating art form.

In this unit, you will build on your previous knowledge and develop more understanding of cinema both analytically, and in film production. 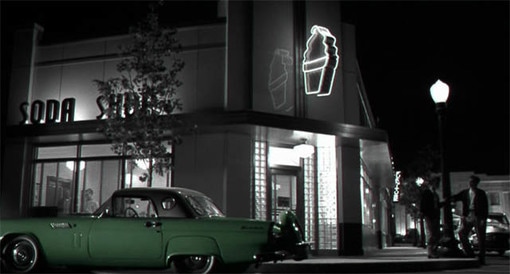 Here is the table we created last class, outlining the most important or striking uses of colour in the film, Pleasantville. 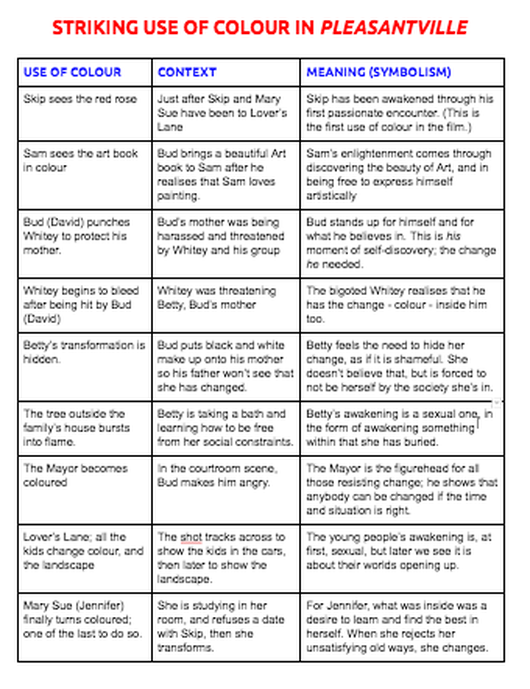 STORY ELEMENT TASKS
Do the following tasks as written responses, in your preferred form of Progress Journal

Those who are capable should do a thorough outline of the film. Everybody should at least write something under each section. Do your best work that does justice to your abilities!
(This should take about 20 minutes of concentrated work.)

Here is a sample one written by David:

Act 1
David and Jennifer are siblings, modern teenagers living in suburban USA. Their suburb is crowded, school is crowded, television channels yell with advertisements, their parents are divorced and Mum is unhappy, and their world is generally a pessimistic or difficult one. Jennifer copes by trying to be popular and by rebelling. David escapes into an old television show, Pleasantville, where the world is simpler and happier.

Act 2
After a visit at home by a mysterious 1950s-style TV repairman, David and Jen are miraculously transported back to the world of Pleasantville, and told they must adapt and stay there for “a week or two.” Here, they share a seemingly-perfect home and daily life – if “perfect” means totally pleasant and simple. David, who has now become “Bud,”  knows this world well and seems content within it. Jennifer, however, who has morphed into “Mary Sue,” isn’t happy in “Nerdsville” and, true to character, begins to rebel.

Introducing the local teenagers to their sexuality, which leads to many of the Pleasantville folk experiencing their own transformation and opening up their minds to new ideas in other ways (such as in music, literature and art), Mary Sue inspires huge changes in the town. Against Bud’s better judgment at first, it transpires that many of these changes are positive ones. The people, although their lives have now become more complicated, are also more fulfilled and able to live more true to their own inner desires and natures. The positive nature of these changes is evidenced as the black and white world of the 1950s sitcom slowly but surely begins to literally become colourful.

Act 3
As the narrative comes to a close, most of the world of Pleasantville has been transformed into a richer place, full of colour and life. Both Bud and Mary Sue (David and Jennifer) have also had their own transformations and have developed into better people. We come to understand that, although opening up a place and its people’s minds and lives comes with some dangers, that this is undoubtedly for the better. The cost of living a fuller life is that the certainty of simplicity is disappears, but taking risks and living with the courage to be truly yourself is the wonderful payoff.


TASK 2: THEMES AND COLOUR SYMBOLISM
a. What are the themes in Pleasantville?
b. Refer to our table above - Striking use of Colour in Pleasantville. Choose at least one, preferably several, examples from the table to explain how the SYMBOLIC USE OF COLOUR in the film helps to explore and illustrate the film's themes.
PRODUCTION ELEMENT TASKS
Review the opening sequences of Pleasantville - the first 5 mins and 40 seconds of the film.

TASK 3: THE OPENING SEQUENCE OF PLEASANTVILLE
a. There are FIVE separate SCENES that comprise this opening sequence. Give them each a name, in their correct order.
b. They are separated by a title slide after the second scene. What does it say? What does it suggest about the film to follow?

TASK 4: THE FIRST MOMENTS
a. Describe the first 45 seconds of the film. (Use THE LANGUAGE OF FILM ANALYSIS if you can.)
b. Why do you think the filmmakers chose to begin the film in this manner? What meaning is created here?

TASK 5:  The Introduction to the Modern School
This scene opens with certain music, and a rapid sequence of eight shots.
a. Briefly describe what we see and hear.
b. Give the correct SHOT SIZE label to three of these shots, with a very brief description of what's in your chosen shots. (HINT: Look at the bottom of this page to see all the different shot sizes with their correct label and an image of each)
c. Why did the filmmakers create this short sequence this way?
d. How many different shots (label them with their correct shot size and briefly describe each in a few words - for example, Close Up of David looking at the girl), and how many cuts, are there in the scene of David "talking" to the girl?
e. What effect is created when the sequence cuts to longer shots? (Think: what do we learn about the Character of David?)

TASK 6: The Bad News Teacher Montage
What happens, or is told, in this brief sequence, how is it constructed, and why is this scene here in the film, created in this way?

TASK 7: AT THE FAMILY HOME(S)
Look carefully at the final scene in this opening sequence, where David is at home watching Pleasantville on television.
What can you say about this scene, and the way it is constructed (think: shot composition, and the sequence of shots) that creates small but important meaning for the film? (Write your own short analysis of this scene, pointing out what you notice.) 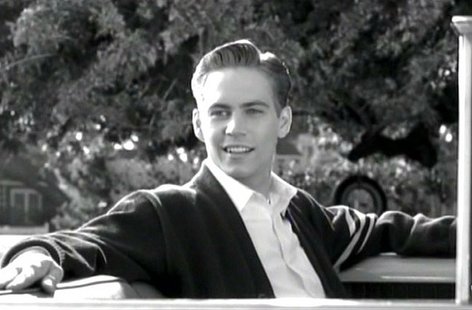 THE SHOT SIZES IN FILM 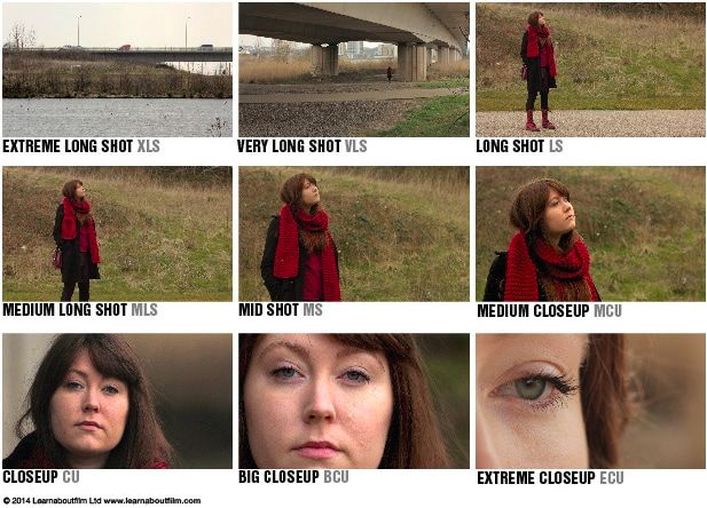