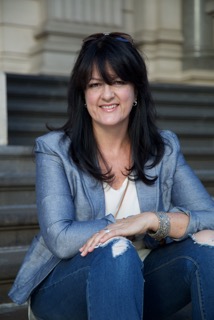 ​Catherine has 20 years teaching experience in a variety of settings, including Victoria University, Wesley College and privately in her own studio. Catherine believes that music is about expression and that every individual has a unique expression. She sees her role as creating a nurturing environment that supports and allows that expression to flourish.
Catherine is a Melbourne-based freelance musician and teacher currently playing keyboards in the hit show Strictly Ballroom at Melbourne’s Regent theatre. She lived in London for seven years and toured extensively and performed on UK television shows such as Top of the Pops, CD UK, The Royal Variety Show and The X-Factor. While in London Catherine performed in the West End in shows such as We Will Rock You, Saturday Night Fever, Mamma Mia and on Jersey Boys, for which she was an original London cast member.
Through her extensive television work as a member of the house bands for New Faces, In Melbourne Tonight and regular appearances with the Hey Hey It’s Saturday band, Catherine has backed many artists including John Farnham, Tom Jones, Hugh Jackman, Shirley Bassey, Thelma Houston and Tommy Emmanuel. Catherine also loves to write her own music and has had her original compositions featured on Good Morning Australia, Sale of the Century and Hey Hey It’s Saturday.
Catherine brings warmth, friendliness and a love of music to her teaching. She encourages her students to explore the world of piano playing and composition. Catherine is very excited to be joining the Preshil music team.
I hope that you all have the opportunity to meet Catherine and hear her wonderful playing.